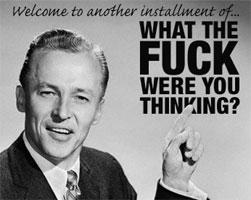 Tony Blair admitted in an interview with David Frost, on Al-Jazeera's new English-language channel, that the invasion of Iraq was "a disaster".

General Michael Hayden, the Director of the Central Intelligence Agency, has said that violence in Iraq has reached almost satanic levels, and is fearful that the Iraqi Government is not capable of bringing it under control.

General Hayden was speaking during an appearance before the Senate's Armed Services Committee in Washington.

General Hayden also said that the situation will get much worse if US troops start leaving the country.

The US is caught between a rock and a hard place on this issue, without any proespect of a painless solution.

Who was it said "Mission Accomplished"?
Posted by Ken Frost at 11:37 AM No comments:

US Denies Rift With UK

The White House has denied that there is a split between the administrations in London and Washington, as to the future policy on Iraq.

Tony Blair has called for Syria and Iran to help stabilise Iraq, this runs contra to the stated policy in Washington.

Blair also gave his views to the bipartisan US study group, reassessing Washington's policy in Iraq, via video link. He said that resolving the Israeli-Palestinian conflict, with broad regional support, would pressure Damascus and Tehran to co-operate.

The Iraq Study Group is led by former Secretary of State James Baker, who believes that Washington should talk to its enemies.
Posted by Ken Frost at 10:40 AM No comments:

Dalai Lama Calls For Saddam To Be Spared

The Dalai Lama has asked for Saddam Hussein to be spared the death sentence. The Dalai Lama asked the Iraqi authorities to consider that the guilty should get a chance to reform.

In a statement, issued from his office in India, the Dalai Lama said:

"The death penalty, although fulfils a preventive function, is clearly a form of revenge.

However horrible the act committed, His Holiness believes that everyone has the potential to improve and correct themselves."

"His Holiness hopes that in this case, as in all others, human life will be respected and spared."
Posted by Ken Frost at 10:08 AM No comments:

It is reported that President Bush has started drinking again:

"Rumours persist here (and I have heard them repeated at a very senior level in the UK, too) that Bush has actually resumed drinking; I throw this into the mix not to sensationalise, but because I have now heard the rumour repeated at a sufficiently high level that I believe we must face the possibility that it might be true.

Bush was huddled inside the White House eating beef and ice cream on election night with Rove, my friend Josh Bolten, and four other trusted aides who will stick with him to the end. He was not drinking on this occasion, I'm assured - but, more than ever, my depiction of an unstable man living out his final days in office inside his bunker seem no longer to be fanciful.

Hemmed in by Democratic foes wherever he looks, determined to be remembered in history as an unwaveringly strong leader, and increasingly detached from reality: now that suddenly becomes a very frightening vision indeed."

Source: New Statesman
Posted by Ken Frost at 9:52 AM No comments:

Email ThisBlogThis!Share to TwitterShare to FacebookShare to Pinterest
Labels: George Bush
Newer Posts Older Posts Home
Subscribe to: Posts (Atom)
www.saddamstrial.net followed the trial of Saddam Hussein, former dictator of Iraq, and continues to follow the fallout in the Middle East from the regime change in Iraq.